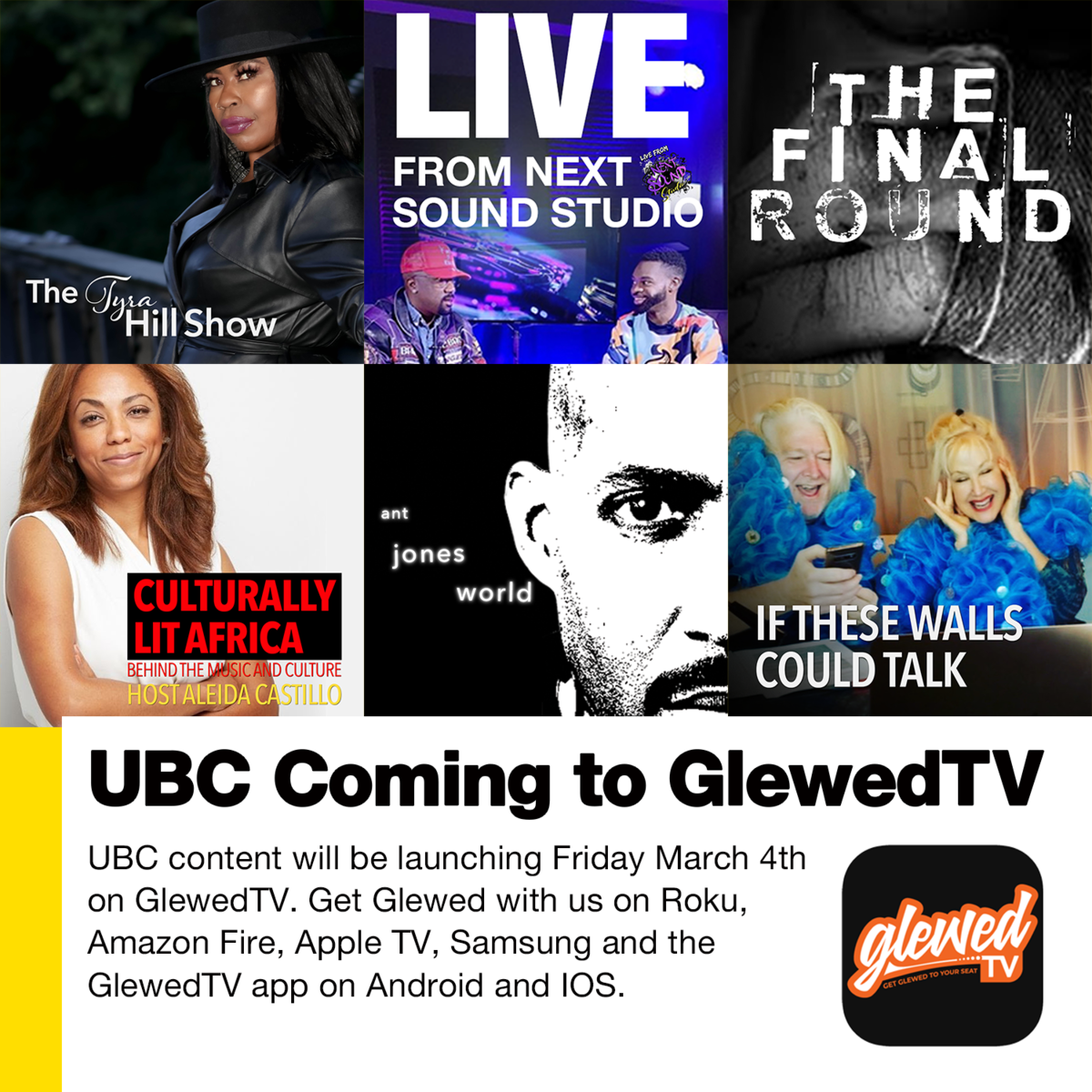 UBCTV has began its rollout on Glewedtv. It is beginning with 6 original TV series that will feature NEXT SOUND; a show feauturing independent artists, Its A ANT JONES WORLD, IF THESE WALLS COULD TALK, CULTURALLY LIT AFRICA, THE FINAL ROUND AND THE TYRA HILL SHOW.

Each show has its own flavor and appeal and is the beginning of many other debuts.

Check us out on ROKU, Samsung TV, Apple TV ios and android mobile and more.